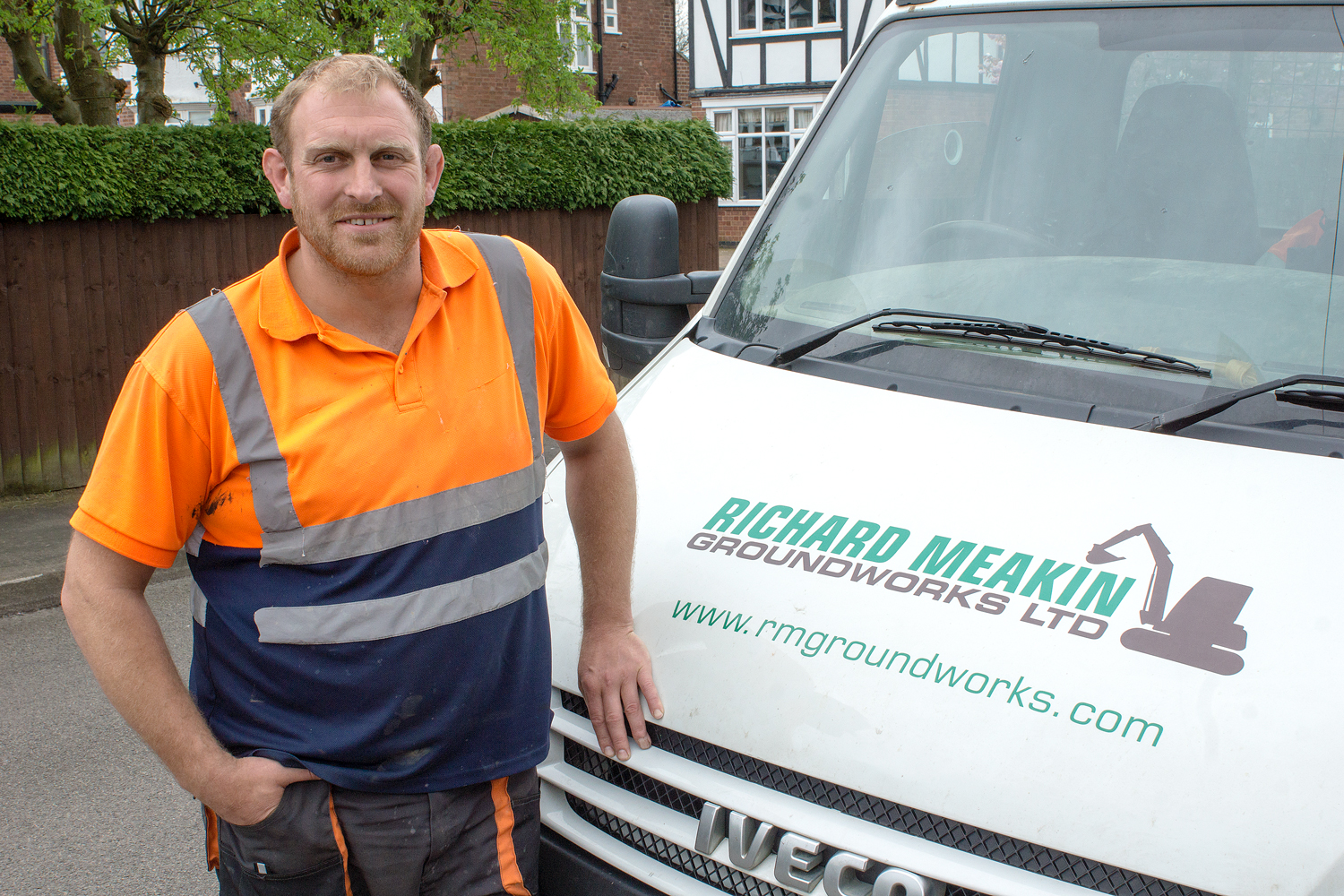 Beginning with a single contract, Richard Meakin (Groundworks) Ltd was formed in 2011 and has since, through careful and sustainable growth developed into a trusted groundworks contractor with a nationwide operation.

The company was formed by husband and wife team, Richard and Faye Meakin in response to a request to deliver groundworks services on a contract previously fulfilled by Richard’s former employer. Starting initially with Richard and a single digger, the company has since grown to employ 10 people and, through a large main contractor, has provided groundworks services to a number of large commercial sites, including warehouses for major national retailers. The company also provides groundworks for smaller scale domestic works, covering extensions and small construction projects.

Specialising in all aspects of groundworks, including basements, foundations and drainage, the company prides itself on its no-nonsense approach and enjoys a reputation for honesty and quality of work, taking care of every project, including supporting paperwork, through to completion. Through word of mouth, this reputation has seen them gain a number of additional contracts over the years, with many contractors remaining loyal to the company, continuously offering further work.

As a smaller company, Richard Meakin (Groundworks) Ltd are able to be agile to contractual requirements and can respond quickly to short-notice requests. As such, their coverage extends across the UK and they have completed work from the Home Counties, right up to Glasgow. With Richard working on-site with the team, they are also able to offer Director-level approval and expertise during a project, ensuring delays are minimised and works are completed on time.

Through the acquisition of new contracts and careful reinvestment, the company has seen continuous year on year growth. Although Faye Meakin is a qualified bookkeeper, RR Accountancy have been engaged throughout to provide ongoing support and financial scrutiny, providing a second set of eyes to ensure continuing financial compliance and security.

With strong relationships with existing clients, and other contractors emerging through word of mouth, Richard Meakin (Groundworks) Ltd continues to grow. By investing in the company year on year and continuously improving their services, the company has developed in both scale and reputation, offering quality and reliable groundworks services from an increasingly trusted name.